Over the past few years we have seen streamer-created events gain tremendous popularity. Part of the blame lies with Ibai Llanos and his entire production team, who have promoted this trend and have brought events such as ‘La velada del año’, ‘El mundial de globos’, and much more on Twitch.

However, in 2023 one of the biggest events ever created will take place: Kings League. With the participation of a multitude of content creators, soccer stars, and even fans, it is a Soccer-7 tournament in which 12 teams will face each other for victory. However, the Kings League is not a football event like any other, but also has its own rules, and even a draft for each team to select their players. In this article we summarize all the keys to this event, where to see it, and participants.

What is the Kings League?

The idea of ​​the Kings League is to create a Soccer-7 tournament captained by streamers and soccer stars, in addition to having its own rules to make the encounters even more dynamic and fun. Among the club captains are personalities such as Ibai Llanos, DjMariio, The Grefg, Kun Agüero, Iker Casillas, Rivers, Juan Guarnizo, and many more.

The legendary RCD Espanyol player and top scorer in the history of Catalonia joins the team of @ibaillanos as player 11 ✍🏻 pic.twitter.com/XlUTdWeA0B

The Kings League too will bring international players to the game, such as Chicharito, Bojan, Raúl Tamudo, and many more. The intention of the league is that each club has a maximum of two invited players, while the rest will be participants who could register and who will be selected by each club in a draft event on December 27.

When does the Kings League start?

The tournament will start on January 1, 2023, with an opening day in which intense emotions and a large fanbase are expected. The last day will end on March 19, and from that moment there will be quarterfinals, semifinals and finals, the latter scheduled for March 26. All the days will be played on Sunday afternoons, where we will see the games one after the other.

The Kings League will be divided into two splits, one in winter and one in summer. After each split the transfer market will begin, being able to transfer to other clubs if desired. In addition, footballers charge for participating.

Each game will last 20 minutes per part, that is, 40 minutes in total. If after the full duration both teams are still tied, a 1 vs 1 penalty shootout will take place against the goalkeeper. In addition, there will also be VAR, which may be requested by the teams on one occasion during the match.

Where to watch the Kings League

All matches can be followed on the Kings League Twitch channel, as well as on the respective channels of each captain. Along with this, the organization has developed a website where we have all the information available, both the level of the players, as well as the calendar of each day, regulations, and more.

Among the regulations, some rules stand out, which we leave you below:

Another interesting addition to the regulation is that each president may choose to use cards for each party. These cards will have a number of advantages during encounters. Among the most outstanding we find the double and triple goal for 1 minute, 2-minute sanction for the rival, rival goalkeeper without using his hands for 1 minute and more.

After the Kings League, it is expected that the Queens League can also be heldwhich will be governed by female players, although there are still no details about this competition.

Artificial intelligence imagines what ‘Dragon Ball’ would be like shot with real actors (no, that 2009 movie doesn’t count)

The challenge to decipher medical prescriptions triumphs on TikTok. Google promises that you will understand them with an AI 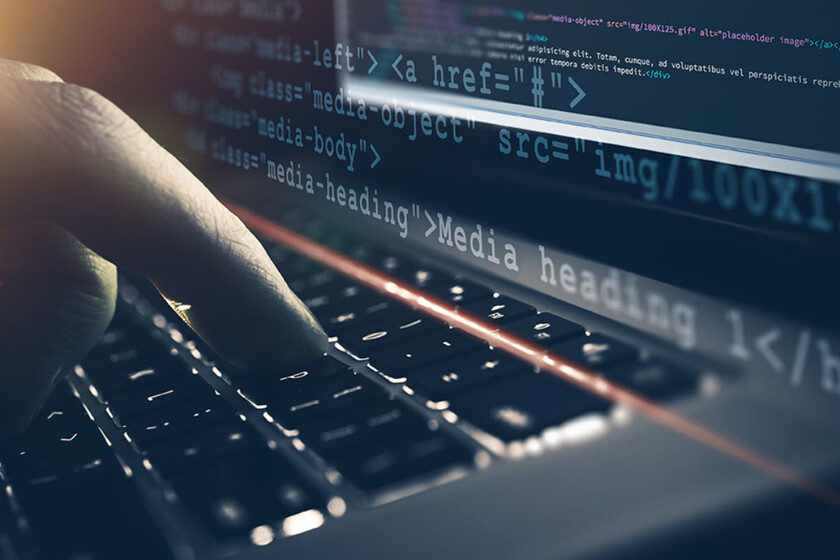 As a developer you can have many job opportunities today, since telecommuting in this sector is working very well. That is why we have been able to detect that there are many offers that are available around the world or in Europe for this sector and with really interesting salaries. And to access them you only need a PC and an internet connection, in addition to your desire to work.

In this article we have compiled several offers that do not correspond to national companies, but It is focused on the international sector. This is something interesting, since they offer higher salaries and interesting working conditions.

From the international Toggl they are looking for a new back-end developer to join the engineering team to cover production needs, as long as they reside in Europe. Minimally supervised work is promised that is intended build and maintain different products when it comes to scalability and security. It will also contribute to design and architecture with a view to growth.


Demonstrated experience in working with large databases, and specifically with Technologys Goland, PostgreSQL, GraphQL, Heroku, AWS, and CircleCI. What is really interesting is that they offer you a lot of equipment to be able to work and a salary of up to 66,000 euros a year, with a peculiarity: to access the offer you do not have to send your CV, but rather answer twelve questions.

Transax is a startup that is comprised of an experienced leadership and development team. They are now looking for a PHP developer who can hold their own when it comes to doing system integrations. On a day-to-day basis, you will work with a variety of Technologys and platforms like PHP, Laravel, ElasticSearch postfresql, Vue.js and many more Technologys.

This position promises great flexibility to develop the work activity. is promised a Salary ranging from $50,000 to $120,000 per year and you can apply for this position from anywhere in the world. All you have to do is answer a series of questions and wait for them to contact you.

Sticker Mule, may get laughs if his name is translated, but right now he is looking for a software engineer to join his team that operates in 17 different countries.. They offer flexible hours and it is required to have studies in a field of computer sciencehave excellent English speaking skills, and knowledge in Docker, NextJS, TypeScript, React, GraphSQL…

In the position they will face different challenges as an engineer such as API integrations and also the maintenance of the programs they offer in terms of desktop and mobile. The base salary will be $135,000 per year. and it can be increased depending on the experience offered.