Currently, having an electronic certificate is practically mandatory to carry out any type of procedure, such as making an application or sign documents electronically so that they are valid when sent over the internet. For the latter, it is necessary to use different programs to sign these documents, such as Adobe Reader.

The problem is that we have reached a point where it is so necessary to have an electronically signed document, especially for managers and businessmen, who when these programs fail, chaos ensues. And this is precisely what is happening with Adobe and the certificates issued by the FNMT that are not working correctly.

Last October, at an Adobe community forum, posted a message regarding the inability to sign documents in Adobe Reader with a certificate that has been issued by the FNMT, which is practically all, as of October. This has created controversy, and at the time this article is being written there is no solution on the table.


At first, it was thought that this bug was related to Adobe’s own software, which did not fully recognize the certificates. This is because It does not affect all those issued by the FNMT, but rather those that have been issued as of October 2022. Before this date, they all work, but after this date, despite being recognized, it is not allowed to use them to sign documents. That is why you can come to think that it is an Adobe problem.

But as can be seen in this forum thread, It seems that it is not a problem of Adobe itself. One of the users of the community made a query to the technical services and the following was answered: Indeed, it is not an Adobe problem. The solution will be to request another certificate when the incident is solved. We assume that some informative note will be published on our website.

In this way, you have to wait for this body to come up with a technical solution, but it is a serious problem for those people who are currently renewing their certificates, since they will find that they cannot be used. At the moment you have to choose other programs to perform this signature such as Autofirma and GoSign Desktop.

Five ways to protect yourself from tracking pixels 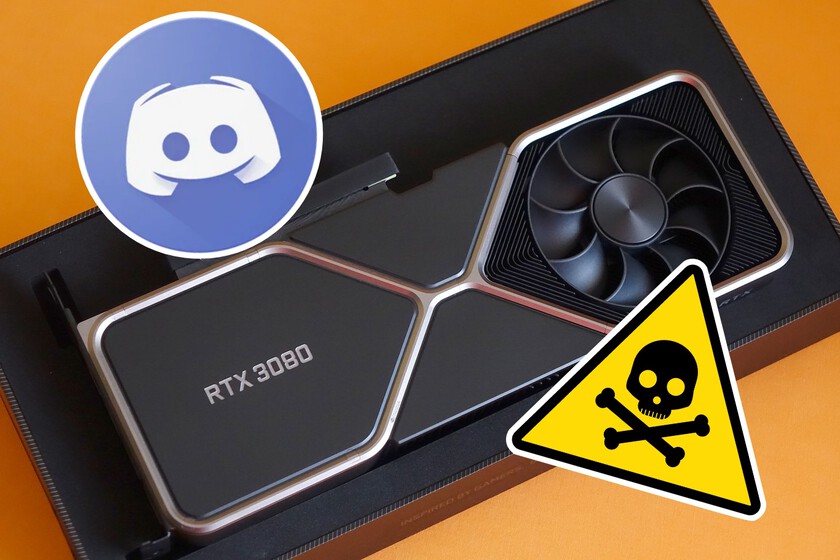 The Discord communication application has become essential on many computers and mobile phones to be able to call friends in a leisure environment, but also work. This tool has numerous advantages by facilitating much more fluid communication than that offered by Skype, but also by creating channels for different communities.

And although it may seem that everything is good, the truth is that Discord it also has problems that are serious. One of them is related to Nvidia graphics cards and a recent update that is causing a slowdown of the computer hardware.

The latest Discord update did more harm than good

The fact that we are talking about an application that is focused on gamers and has a bug that directly affects one of the components most required by this group, such as graphics, is undoubtedly paradoxical. But the truth is that it has been seen that this bug is affecting some Nvidia modelswhich includes the RTX 3080 and the RTX 3060 Ti. This bug makes it impossible to get the most out of the GPU by slowing down the memory clock up to 200 MHz. At first it was the users themselves who reported the error through Reddit and also in the Linus Tech Tips forum. Faced with this wave of criticism, Nvidia has acknowledged the problem and has given details about its evolution.

This information has been given through a support article on the Nvidia website in which it is specified that if this type of slowdown is noticed, it will be possible to download a GeForce 3D profile manager and apply the fix. In the event that you prefer to wait, you will be able to choose to be patient and download the driver update that is being prepared.

Discord released this update to allow AV1 streaming with RTX 40 series cards on 4K quality and 60 FPS with Discord Nitro. But in the end this improvement has ended up causing the graphics of the previous generation to fail in this way.

This AI that allows you to clone your voice (and anyone else’s) is filling the Internet with celebrities saying stupid things: this is how you can use it 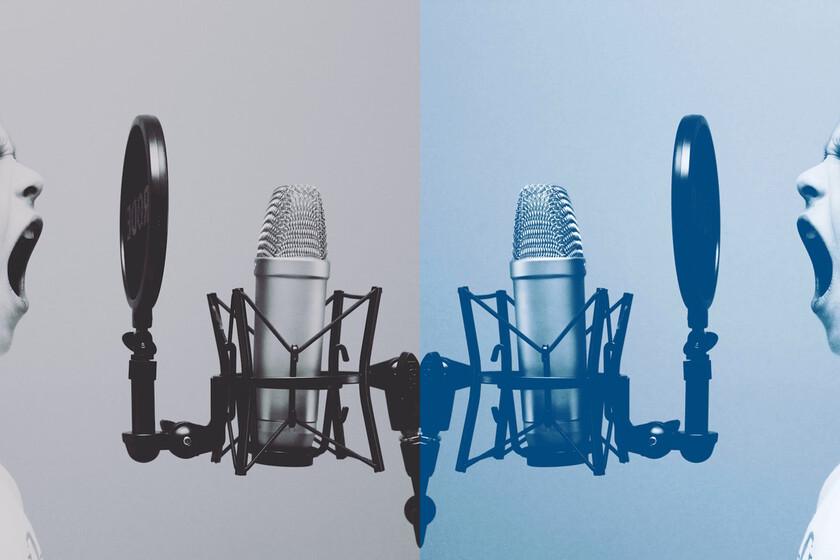 An AI that allows anyone, and in a matter of seconds, to clone the voice of any other person (or, of course, oneself) is beginning to take the Internet by storm. The controversial but popular 4chan forum, without going any further, has been flooded with Audio deepfakes of celebrities like Emma Watson or Joe Rogan filled with violent or pornographic comments.

And all since, this past weekend, access was opened publicly to the ElevenLabs platform, perhaps one of the most significant examples of how far AI-based Technologys dedicated to audio cloning and synthesis have advanced.

Apart from the undeniable realism of its voice synthesis (light years away from canned voices like Loquendo, so popular years ago), the company itself boasts that the audio clips it generates require little or no editingwhich encourages its use in tasks such as dubbing or audiobook production:

Listen to a fragment from the classic by F. Scott Fitzgerald. Narrated by a fully AI-generated voice. No corrections were made. pic.twitter.com/vQdorBjQK6

ZAO, the Chinese MOBILE APP that through DEEPFAKE turns you into DICAPRIO in SECONDS

Of course, the fact that it does not present none of the safeguards we are used to finding in imaging services to avoid creating certain types of content ‘sensitive’ and/or based on real people.

In a thread posted on Twitter last Monday, ElevenLabs recognized that some of its users were abusing its application: “[observamos] a growing number of cases of misuse of voice cloning”, and warned that they are able to “trace any generated audio back to the user”.

Crazy weekend – thank you to everyone for trying out our Beta platform. While we see our tech being overwhelmingly applied to positive use, we also see an increasing number of voice cloning misuse cases. We want to reach out to Twitter community for thoughts and feedback!

Likewise, it has put on the table the possibility of implementing protections such as the User identity verification or manual approval of each request voice cloning. However, its use remains unlimited for now.

we have tried it

When we register for free on the platform, we are granted access to a series of tools. First of all, we will find the simple voice synthesizer that allows us to convert texts to sound files using, in principle, predefined voices in American English.

However, if we make use of the ‘Voice Cloning’ function, we can upload audio with a voice recording to the platform (“it must last more than 1 minute and not contain background noise”, clarifies the website), which will allow us to create a personalized voice from which we can return to the synthesizer and create an audio based on our voice… or anyone else’s.

That yes: the service is, for now, optimized for the American English accent; so it is possible that, when generating the audio, you do not finish recognizing yourself in the resulting file.


The classics never die. Although it sounds horrible in American, let me tell you.

That has been our case, after generating a personalized voice based on that of a server: reading Don Quixote in a perfect Kansas accent (up state, down state) has not finished sounding ‘very me’, but US users claim not to suffer from this problem.

The free account only allows create up to five custom voices and synthesize to audio 10,000 characters of text per monthIn addition, the resulting audios are subject to a non-commercial license. There are, from there, several payment options, the cheapest being $22 per month.

Image | Based on an original by Jason Rosewell on Unsplash

The Spanish-speaking audience does not stop growing on Twitch. But we’re still so underrated 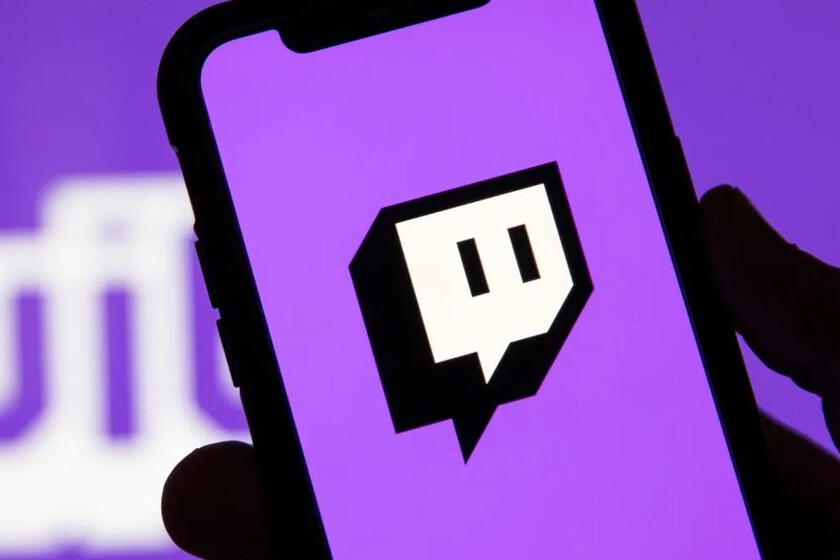 It is undeniable that Twitch has undergone a great boom in recent years accompanied by the strategies that They have followed different content creators who have attracted a large audience to the platform. But the problem that resides is the great differences that can exist between the English and Spanish-speaking communities, mainly due to the differences in investment by advertisers.

But the great reality is that despite this difference in investment and prestige, the truth is that the Spanish-speaking community is one of the most powerful in terms of growth in the number of viewers and also in number of creators. And this is something that was recently evidenced at the ESLAND Awards where the community gave a big blow to the table.

The Spanish-speaking community is growing at a fast pace

One of the examples that Bloomberg has chosen to express this large Spanish-speaking community is that of Rivers. A streamer who studied engineering in Mexico in 2020 when she started playing Call of Duty on Twitch motivated by her friends. And as they went live, more and more people began to see this girl who wondered if she should spend more time being a streamer and less time studying. Obviously, this is something that she did not like in her family, although in the end it seems that she made the right decision to currently have a live audience of 19,000 viewers on average.


And this is motivated by a substantial increase in interest in the transmission of the Spanish-speaking public. Specifically, between 2019 and 2022, the audience in Spanish multiplied, going from the seventh category to being very close to English in a second position, as Bloomberg has detailed.

But it is not something that is coincidental, but rather it is due precisely to the fact that Latin America has about 80% of people between the ages of 10 and 65 play video games. But the problem in this case is that Latin America does not receive much attention from investors, and it is that it is at the bottom when it comes to investment in digital advertising. It is even believed that this market is considered ‘incipient’. Specifically, the country as a whole is located behind Africa and the Middle East.


Given this boom, from Twitch they have increased their presence in the region with more staff and adding marketing teams, creative partners and sales. But this is something that can be very sad, since currently in the record for viewers on the entire platform, Spanish streamers stand out with Ibai and its Evening of the Year II, and also the successes that many creators in Latin America are reaping. This confirms that Spanish is booming on the social network, although it is not being given the recognition it deserves.