The operator we use, the one that gives us both telephony and data service to our Apple devices, plays a crucial role in the experience we have. Each operator is different and so is what it offers. The differences may be few, but they can greatly vary the final result.

As users of Apple devices, it is very likely that we have ever considered changing mobile operators. So let’s look at some of the Most important aspects to take into account when choosing an operator that adapts to our Apple ecosystem and allows us to get the most out of our devices.

Little things that make a difference

In this article we are going to look at the details, since they are where the main differences are if we analyze the operators from the point of view of an Apple user. That does not take away, but, that we Let’s look at prices, coverage, amount of mobile data and other variables that, although they are quite homogeneous among all the operators, are of vital importance. That being said, what else should we keep in mind?

One of the first things to consider is the ability to make Wi-Fi calls. This option allows us to make and receive calls and send and receive text messages through a Wi-Fi connection instead of using the mobile network. iPhones are compatible with this technology, which can be especially useful in situations where we do not have mobile coverage or when we are abroad and want to avoid roaming costs. Many operators offer this option for free, but it is important to check if it is available and at what cost.


Another interesting consideration that is gaining more and more prominence is the eSIM. A virtual SIM that can be stored directly on the iPhone, iPad or Apple Watch and that allows us to connect to different mobile networks without having to physically change the SIM card. This is especially useful if we use different devices and want to have a single SIM card for all of them, or if we travel frequently and want to have the option of changing the operator depending on the country in which we are.

interesting here check multisim service, although it sometimes goes by other names, which allows us to create a duplicate of the same SIM card so that, whether in physical or electronic format, we can use the same line on the iPhone, iPad or Apple Watch. In general, this service has a monthly cost of 5 to 10 euros.

Returning to the issue of the eSIM itself, many operators offer it for free, so it is important to check if this option is available and what are the conditions for its use. Also, starting with iOS 16, Apple has added the option to transfer eSIM from one device to another, which allows us to change the device without having to change the eSIM or contact the operator. Each of them can allow or block that transfer, so it is interesting that we verify what the situation is.

Considerations for both current and future devices.

The last important aspect to consider is the quality of the router offered by the operator for fiber optics. A quality router will allow us to obtain a stable and fast connection, which is especially important today. Here we have to enter the exact specifications of the router, as we go into details such as the Wi-Fi generation it offers.

Wi-Fi 6 is the latest generation of the Wi-Fi standard being rolled out to today’s devices. It offers speeds of up to 9.6 Gbps, which is a significant improvement over Wi-Fi 5 (which maxed out at 3.5 Gbps). Besides, Wi-Fi 6 is more efficient and stablewhich translates to less interruptions and latency in the connection.

In addition to Wi-Fi 6, Apple has also recently announced support for Wi-Fi 6E on its devices. This new standard builds on Wi-Fi 6 and expands the spectrum of available frequencies, enabling even higher speeds and less network congestion. Devices that support Wi-Fi 6E are the fourth-generation 11-inch iPad Pro and the sixth-generation 12.9-inch iPad Pro. Therefore, important consider if our router also supports Wi-Fi 6E whether we have these devices or considering the arrival of this standard to more devices.

Altogether there are several details that it is important that we take into account when deciding on an operator taking into account the Apple ecosystem in which we are. Details that will make us enjoy our devices to the fullest and all they have to offer.

How to create a bootable MacOS Ventura installer very easily

This Apple icon is not what it seems. Is better 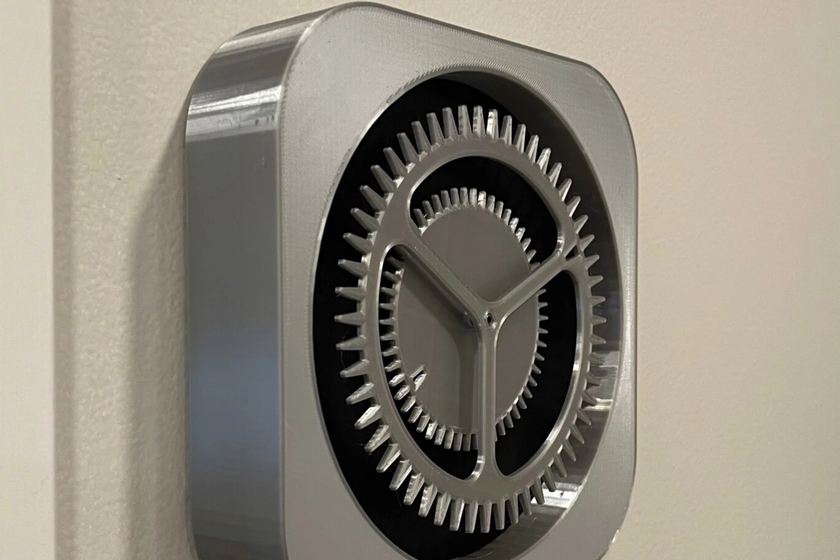 The icons of the different operating systems are truly iconic, despite the redundancy. This is what should have have thought Lucas Hallwhich has reimagined the Settings app icon on a watch. The result really surprises and falls in love in equal parts.

END_OF_DOCUMENT_TOKEN_TO_BE_REPLACED 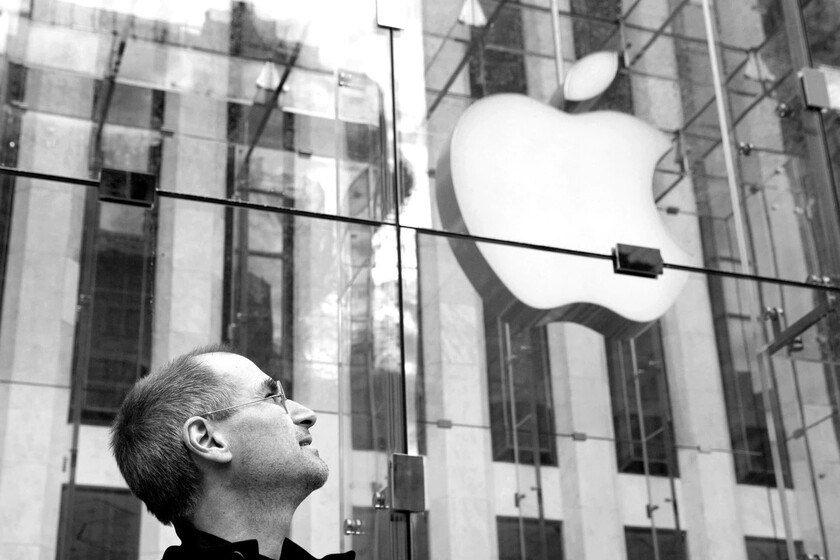 Steve Jobs was not only a man of success in his missions: he also knew how to inspire that success. And that has been noticed many times in things that he has done, but also in things that he has said. A good example is the speech that the Apple co-founder gave at Stanford University to the graduating students.

But not only from that speech have we learned something from Jobs. There are more than one phrase worth collecting For all those who need inspiration or simply want to remember the man who was able to lead Apple to revolutionize various markets.

The phrases and moments left by the legacy of Steve Jobs

Remembering that you are going to die is the best way I have to avoid the trap of thinking that you have something to lose. 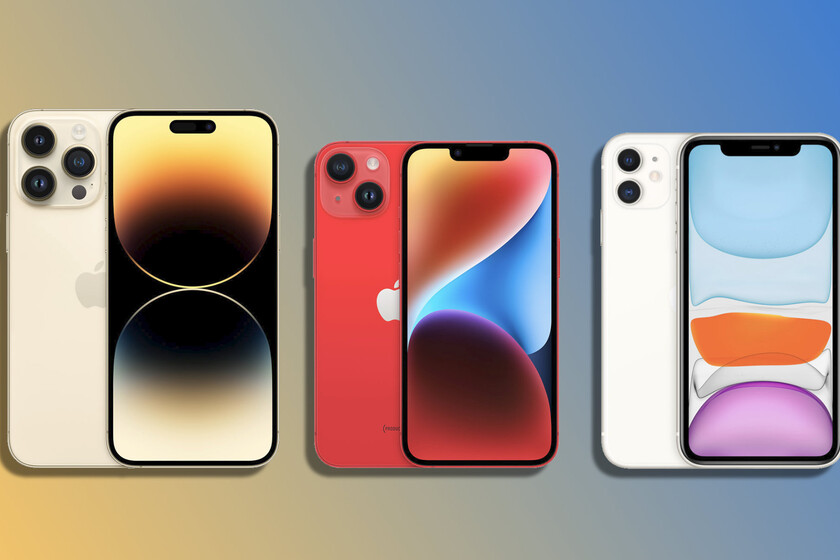 As iPhone users, we’ve been used to seeing Apple introduce a new model every year, with improvements to the camera, performance, and design. However, in recent years, we have been noticing a change in this annual update strategy. And the reason for this change is clear: the Pro models.

In recent years, Apple has introduced two lines of iPhone: entry models and models with surname Pro. Regular models often include camera and performance enhancements, but often don’t include the latest Technologys. It is in the Pro models where Apple gives free rein to the specifications and try new Technologys. And this seemingly simple change is making the idea of ​​having a new iPhone every year staggering.

Simplifying and diversifying at the same time

The double line of the iPhone has become more and more evident. For example, the iPhone 11 Pro included a triple camera and an OLED screen, while the iPhone 11 did not include these features. If we jump to the iPhone 14, the difference is, again, more than clear. It is in the iPhone 14 Pro where we find the new design with the Dynamic Island and a new chipwhile in the entry models the changes are minor.

Now, with the iPhone 15 Pro, it is expected to include a periscope lens, a technology that enables powerful optical zoom. According to rumors, this technology would not reach the iPhone 15 entry, but yes it could be present in all models of the iPhone 16. Again a key differentiation.

Let’s add one more element to the equation before moving on to some conclusions: the iPhone SE. According to rumors, Apple could have canceled the iPhone SE 4 and, as far as we know, this model could disappear from the catalog. The same has already happened with the mini variant of the iPhone.

Years ago the difference between the sizes of the iPhone was basically this, that of the sizes. But we have been seeing a change for some time now. With the iPhone mini gone and possibly the iPhone SE, the annual releases happen at two speeds. While the iPhone with the last name Pro receives the most significant news, entry models take an extra year.


We say that every year Apple launches an iPhone, but the truth is that there are four, five or even seven models if we count the choice of storage. The iPhone is a product with many users and should cover as wide a range and spectrum of needs as possible. Maintaining a double speed in terms of new products can be key to maintaining certain price ranges while presenting new products regularly.

Although the most enthusiastic, surely many of us reading this article, have a propensity for the best of the best when we talk about the iPhone, there are many users who value the iPhone for its operating system and little else, for example. Yes, they are going to take photos, but not for any contest either. For this spectrum of users, a iPhone that upgrades with more ease while maintaining a noticeably lower price it can be really attractive.

We will have to closely monitor how this strategy evolves in the future and what effects it has on users and the iPhone ecosystem in general. But if the tendency to simplification in terms of models and differentiation of specifications continues, it could mean that the concept of having a new iPhone every year could change, and that users of the entry models could take a little longer to receive the latest Technologys. Well? Bad? More options to choose from.