On Tuesday, the electric car maker’s papers fell by eleven percent, since the beginning of December by 44 percent. Also: US Congress bans Tiktok on official devices and IBM is the Tech Winner 2022.

The shares of Tesla are down 11 percent on Tuesday after the US electric carmaker halted production at its Shanghai plant earlier than expected. Production was originally supposed to pause for eight days for annual maintenance, but now an extra day has been added. China is currently being hit by a Covid-19 wave.

Tesla shares have fallen 44 percent since December, and the drop for the full year is almost 73 percent, far more serious than that of other automakers. Some prominent Tesla investors see a link between the shares’ dive and CEO Elon Musk’s commitment Twitter. The short sellers are currently benefiting from the falling prices: According to the “Handelsblatt”, they have already taken in 15 billion US dollars. [Mehr bei Wall Street Journal, CNBC und Handelsblatt]

on Founder scene: At the end of each year, we in the Gründerszene editorial team consider which start-ups we expect to have big news from in the following year. And also at the end of each year we look at how we did with our “insider tips”. Which startups were able to meet the expectations – for whom things went rather badly? Our Balance sheet with surprising findings you read today on Gründerszene. [Mehr bei Gründerszene]

tiktok will be banned from official US government devices. Concerns are growing in the US over the Chinese group’s popular video-sharing app Bytedance. The law, which has been approved by both chambers, only needs to be signed by US President Joe Biden. Bytedance recently admitted that employees had gained unauthorized access to data from two US journalists. In addition to the Tiktok ban on government devices, e-commerce platforms will also conduct more checks in the future to prevent counterfeit goods from being sold online. [Mehr bei CNBC]

IBM is one of the winners of 2022. While the tech stock market Nasdaq ended its worst year since 2008 and tech names that thrived during the Covid days particularly suffered, the IT conglomerate has posted positive returns so far. At the close of trading on Friday, the stock had risen 6 percent over the course of the year. The other winner is Vmwarewhich recorded an increase of five percent. [Mehr bei CNBC]

Magic Leap has sold more than half of its shares in the Saudi Arabian sovereign wealth fund. The so-called Public Investment Fund (PIF) has acquired the rights to appoint four directors to the eight-member board of directors of the US augmented reality technology company. Prior to the recent investment, Saudi Arabia was already a shareholder in Magic Leap. Also Google, Alibaba, Axel Springer and Andreessen Horowitz have already supported the company with funds. [Mehr bei The Telegraph]

tech staffPeople who lost their jobs in the United States in the past year have mostly found jobs quickly, according to a Ziprecruiter poll reported by the Wall Street Journal on Tuesday. Almost four out of five tech workers had a new job within three months. According to Layoffs.fyi, more than 152,000 tech workers have been laid off this year, compared to 15,023 for all of 2021. [Mehr bei Wall Street Journal]

Asia News: The Jakarta-based fintech Akulaku has $200 million from the Mitsubishi UFJ Financial Group (MUFG), the largest bank in Japan. The startup and MUFG plan to expand into new markets and products together in 2023. baidu, the Chinese Internet company that became known for its search engine, has made great progress in autonomous driving. The company has received permission to operate its unmanned robotic taxis between 7 a.m. and 11 p.m. in the Chinese city of Wuhan. [Mehr bei Techcrunch und Techcrunch]

Our reading tip on Gründerszene: Not an easy year for startups – many had to declare bankruptcy: We look back at which startups were on the brink of collapse in 2022 and who could be saved. [Mehr bei Gründerszene]

Advertisement
Related Topics:DifficultnosedivesharesTeslayear
Up Next Around 6.55 million people ate potato sticks or chips several times a week last year. The popular snack comes in a wide variety of flavors, shapes and colors. Stiftung Warentest examined a total of 25 corresponding products in the 11/2022 issue. In addition to the classic potato chips, the experts also tested stacked chips and other potato snacks. In addition to the sensory properties such as appearance, smell and taste, the evaluation also focuses on the ingredients. For example, the products were also examined for harmful substances in the laboratory.

And the experts had a lot to criticize: well-known brands and organic products were particularly disappointing in the test. The testers not only rated the taste of some chips negatively. There are also point deductions for critical ingredients.

Not a single product scores “very good”. Eight out of 25 are “good” after all, another six are still “satisfactory”. Six more chips packs only cut off “sufficient”. Five potato snacks fail with the rating “poor”. 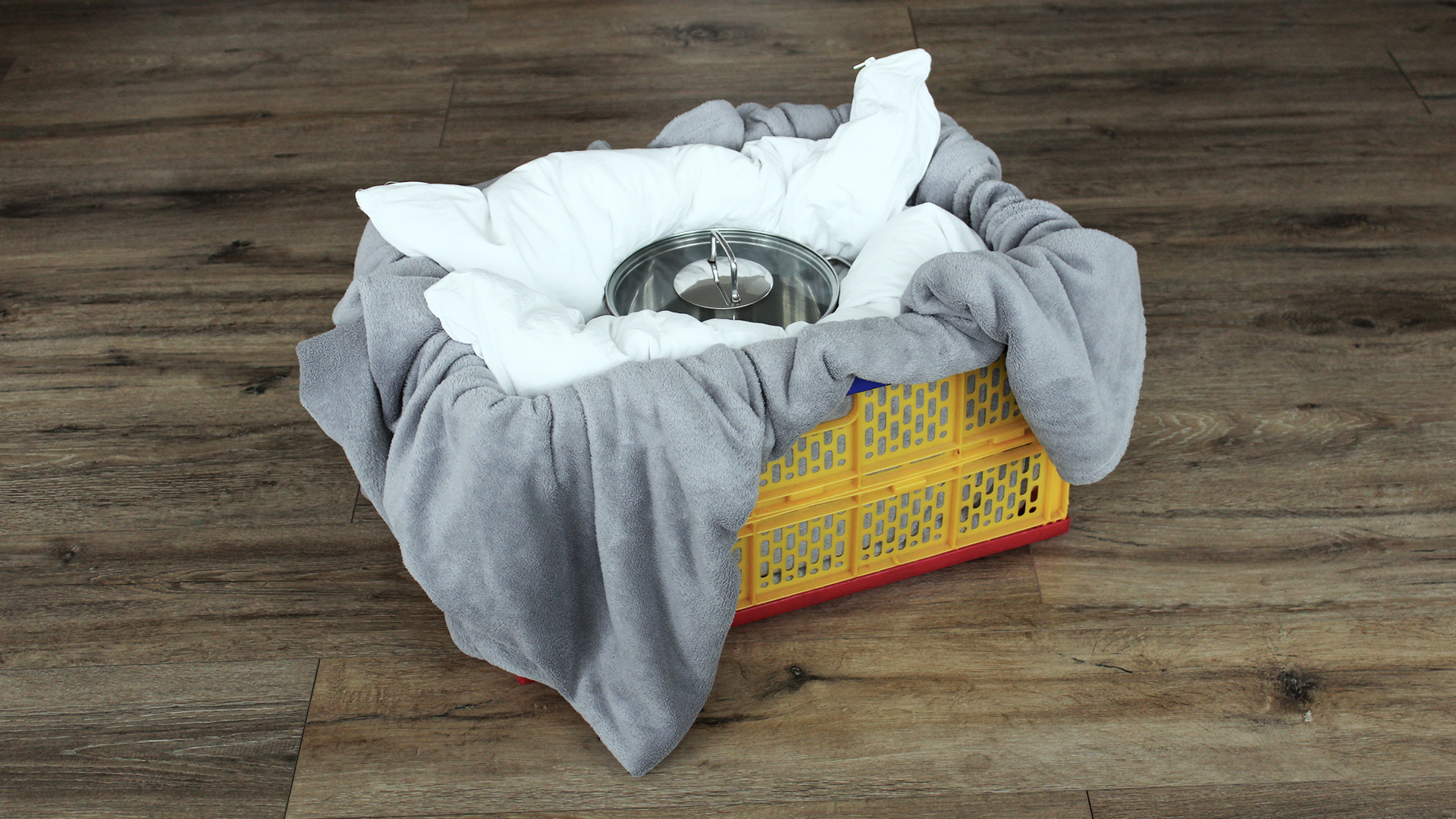 Building a cooking box isn’t complicated – it’s more or less a large thermos, but for cooking pots. This used to be built with existing household materials.

For example, a large box lined with wood wool and textiles was used for this. The pot is placed in a suitably prepared recess, then it is covered with thick fabric and the box is closed.

If you want to try the effect without going to the hardware store, you can simply stuff thick down comforters or pillows into a sufficiently large box. It is important that the pot is well insulated on all sides. In addition, you should only use bedding that you do not need at the moment, otherwise you will smell like lunch when you sleep.

Tip: It is best to wrap the pot in an old towel so as not to soil the other textiles.

Save over 100 euros: Saeco coffee machine at Media Markt 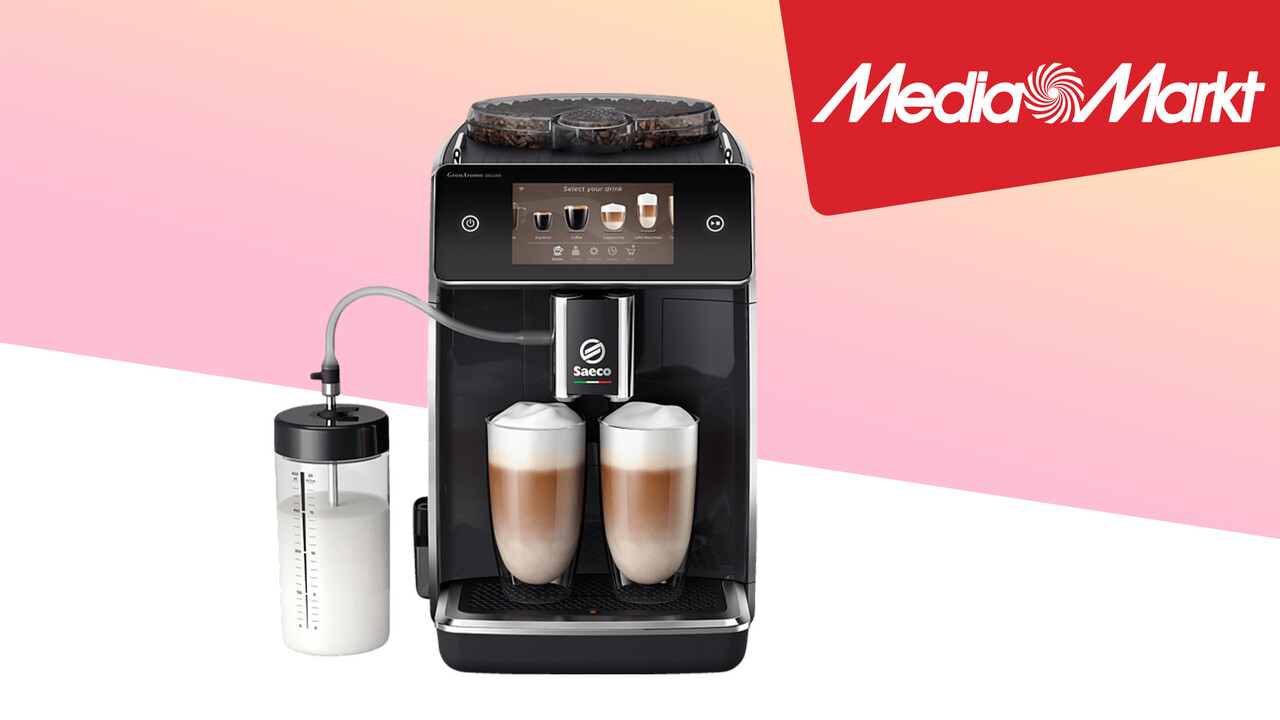 If you don’t just want to drink coffee specialties outside of the house, but also within your own four walls, you are well advised to use a fully automatic coffee machine. Technology giant Media Markt has reduced the Saeco GranAroma Deluxe by 18 percent during the “insane quick sale”, so that the model goes over the online shop counter for just 777 euros. According to the comparison portal idealo, there is a whopping saving of around 125 euros compared to other online shops. Top: There are no additional costs for the delivery (all prices and information – as of February 3, 2023).

With the Saeco GranAroma Deluxe you can prepare 18 different creations, including espresso, cappuccino and latte macchiato. Practical: the strength, amount of coffee and milk, temperature, taste, amount of milk froth and even the order of coffee and milk can be individually adjusted. It is operated via the five-inch color display with touchscreen. The Saeco comes with a two-cup function and a coffee spout with LED lighting. The external milk container has a special technology designed to create firm milk froth with a fine texture.

You will not only find great offers at Media Markt, but also at other online retailers. With a suitable Galaxus voucher, you can save even more on electronics, furniture and toys.
Continue Reading
Advertisement