The autonomous community continues to bet on scientific innovation and now intends to become a benchmark in southern Europe in research related to AI. In this way, it intends encourage high-impact research and attract and keep specialized talent In this sector.

AIRA seeks to join forcesthat all the research teams (universities, institutes and private centers) unite around that common objective that is the transformation of knowledge into latent solutionsboth nationally and internationally.

The event was welcomed by the Director General of Innovation, Digital Economy and Entrepreneurship of the Generalitat of Catalonia, Lluís Juncàwho assured: “Launching this type of initiative is strategic for the future development of the Catalan technology sector, and consequently, for the economy as a whole.”

In the same way, he coined in this sense: “AIRA is a tool available to all research and innovation centers that work with AI, which should not hesitate to take advantage of it whenever they create it to add knowledge and talent, and thus be able to reach much more. far”.

AIRA is part of the Generalitat de Catalunya and is coordinated by the Computer Vision Center (CVC), although other institutions such as the Intelligent Data Science and Artificial Intelligence Research Center (IDEAI-UPC), the Barcelona Supercomputing Center – National Supercomputing Center (BSC-CNS); the Institute of Industrial Robotics and Informatics (IRI-CSIC-UPC), and the Artificial Intelligence Research Institute (IIIA-CSIC).

The director of the CVC, Dr. Josep Lladós, highlighted: “Catalonia has a long tradition in the field of AI in terms of generating knowledge and talent, with different research centers and universities with extensive experience. It was born from the need to unify the scientific ecosystem and energize it to create a network and promote interaction and try to bring in talent”.

Now the objective, in the short-medium term, is for AIRA to be seen as a meeting point and synergy, a cooperative work space where any AI research center in Catalonia can converge and share their knowledge and advances in the field. This is the only way to achieve excellence in AI in the community.

A Coruña wins the game in the national struggle

This news from AIRA serves to raise the spirits of the AI ​​sector in Catalonia after losing the battle to take the headquarters of the Spanish Agency for the Supervision of Artificial Intelligence (AESIA) To Barcelona.

AESIA will be a pioneer in the control of AI in the European Union, analyzing the limits of this technological sector. It is also a requirement before the entry into force of the european regulation which will force all states to have a supervisory authority in this matter.

Undoubtedly, in the effort of the Government of Spain to decentralize public institutions, it will be possible to increase the employment rate in the Galician territory by a 10%, generating more than a hundred jobs. The Executive will make an initial investment of five million euroswhich already appear in the General State Budget.

A Coruña has surpassed other powerful candidates such as Santiago, Ourense, Zaragoza, Tenerife, Logroño, Palma de Mallorca, Alicante, Gijón, Segovia, Guadalajara, Granada, Salamanca and Barcelona itself in the final screening.

This is in addition to the City Hall of L’Hospitalet de Llobregat struggled to be the headquarters of the new Spanish Space Agency, which will finally be located in Seville and which will mobilize more than €4.5 billion.

The Government of Cantabria develops a digital twin of the territory 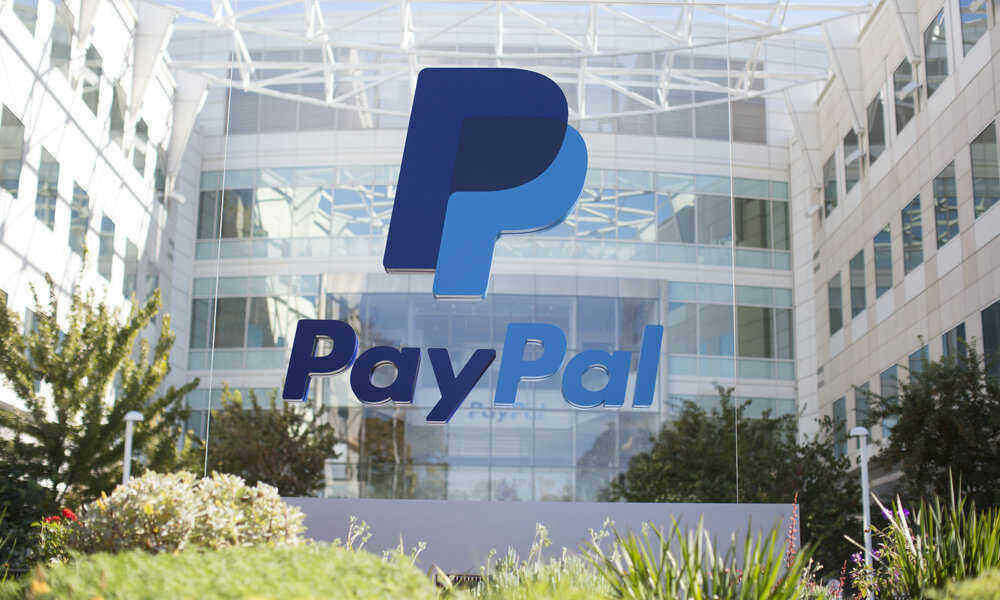 Lately not a week goes by without one or more technology companies announcing several hundred or thousands of layoffs. To date, many of the industry’s top heavyweights have already done so, including Meta, Alphabet, Salesforce, Microsoft, IBM, and SAP. And now it’s their turn to PayPal and NetAppthat have confirmed that they will lay off, respectively, 2,000 and 960 employees.

Layoffs at PayPal account for 7% of its workforce, and according to the Company CEO Dan SchulmanThe layoffs will take place over the next few weeks. They will not affect all departments equally, although for now it is unknown which will bear the most staff cuts.

According to Schulman, they will treat those who lose their employment “with the utmost respect and empathy, giving them generous compensation, getting involved in consulting where necessary and supporting them in their transitions«. The manager also thanked them for the important contributions they have made to PayPal. On the other hand, he has blamed the layoffs on the “complicated macroeconomic environment” in which the company finds itself.

Schulman has further stressed that they have had no choice but to cut staff, because they have made notable progress in adjusting their «cost structure, and focused resources on strategic priorities“, they still have “work to do” about.

As for the layoffs at NetAppwill occur over the next three months, and will reach 8% of your workforce. The company confirmed this workforce reduction by sending the relevant documentation to the Securities and Exchange Commission (SEC).

The NetApp CEO George Kurian has assured employees in an email that the layoffs are due to NetApp having to cut costs due to worsening economic conditions, which has led to technology spending.”more conservative«. More or less the reasons that other CEOs have given to justify the reduction in staff, Kurian has stressed that they are not «immune to these problems“, and that “against this background“, must be”agile, meet short-term commitments, and prepare for long-term success«.

When the company presented its results for the second quarter of 2022, at the end of last October, it already warned that the economic situation was experiencing a slowdown, and that they saw more reluctance in companies when approving budgets, and more completeness in terms of approval levels. They also began to face longer sales cycles, and deals deferred to other quarters. So, Kurian already pointed out that they had decided to freeze hiring and reduce spending. The situation, in view of the layoffs, has not improved. 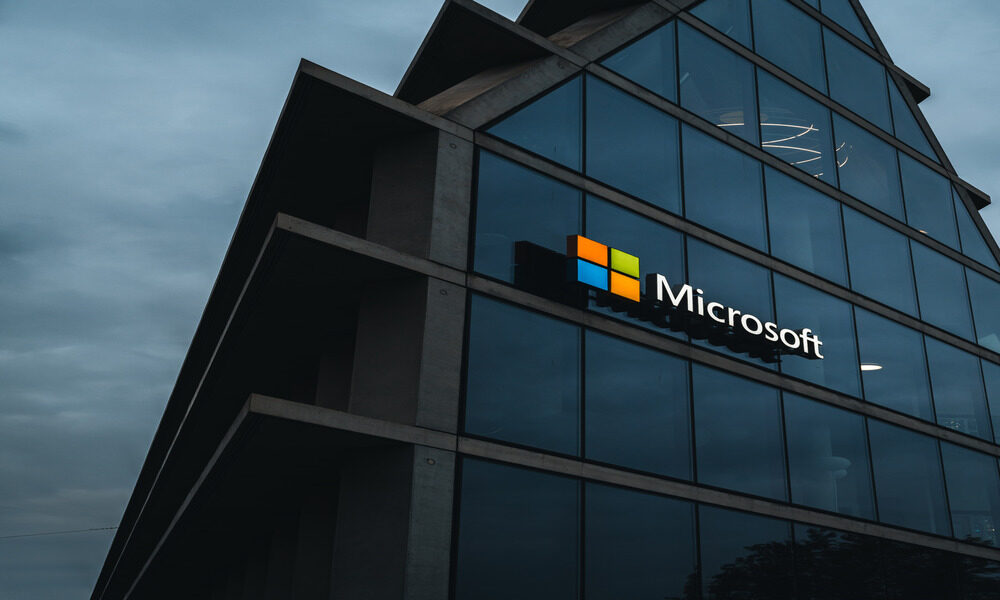 After the company announced a total of 10,000 layoffs worldwide, representing 5% of its workforce, Microsoft is now announcing the hiring of 100 new employees for its artificial intelligence (AI) center in Barcelona. This new wave of hiring, which contrasts with the economic recession and job cuts in the technology sector, adds to the 80 people who have joined the center in recent months.

That Microsoft hires 100 new employees for its AI center is not trivial, since since its opening in September 2021 its activity and productivity based on the development of models on artificial intelligence have not stopped growing. And it is that this space, attached to the division WebXT (Web Experiences Team), works to improve services such as Azure, Bing or Windows.

With implementations in software engineering, data science, and machine learning, new AI models and innovative web experiences can be developed. The goal is to create a diverse work team in gender, culture and nationalities.

The president of Microsoft Spain, Alberto Granadoshas appeared during an event organized by the New Economy Forum and has stated that the employment adjustment plan will not affect the data center projects that exist in our country, although they will give priority to certain areas in order to face new challenges and projects .

However, he values ​​the global layoffs as a conservative and positive lineafter having increased its workforce by more than 50% in recent years.

Granados has assured that the layoffs from Microsoft will neither reach Spain nor will they affect the construction of data centers in Madridas well as the launch of his cloud region. Similarly, it ensures that the data centers of Meco, Algete and San Sebastián de los Reyes will have a impact of 15,000 million euros in the national economy and will generate 50,000 jobs.

A clear commitment to AI

The AI ​​center in Barcelona is the fourth that Microsoft has opened in Europe, after those in London, Paris and Munich, the eighth in the world and the first in Spain. It must be taken into account that AI does not stop growing and that, in addition to having been declared ‘the word of the year’ by the FundéuRAE, it is expected to that ends up being fully integrated into the business structure and assuming a brutal transformative effect on the economy.

Since Microsoft announced its investment in Open AI, its commitment to the integration of all Technologys (such as ChatGPT) in its products is complete. Thus, it is sought that it can be applied in Azure or Power Point so that users could generate texts or images organically. The objective of the company in Spain, in the words of Granados himself, is to Mark new opportunities with various Ibex 35 companies.

The WebXT organization It works as a start-up environment where you work on challenges that allow you to improve the consumer experience through optimal products and services such as Bing, Edge and MS News.

To speak of Spain is to do it one of the ten countries that most attract and retain digital talent, being the fourth country in Europe, after the United Kingdom, Germany and France, in number of professionals and developers in the cloud. All this represents 10% of professionals certified in advanced Technologys in Europe.

With its new AI center in Barcelona, ​​Microsoft seeks to make Spain and Catalonia a reference in the sector. His plan is to continue working in partnership with universities, research centers and technology companies to promote training in AI and Machine Learning Technologys. 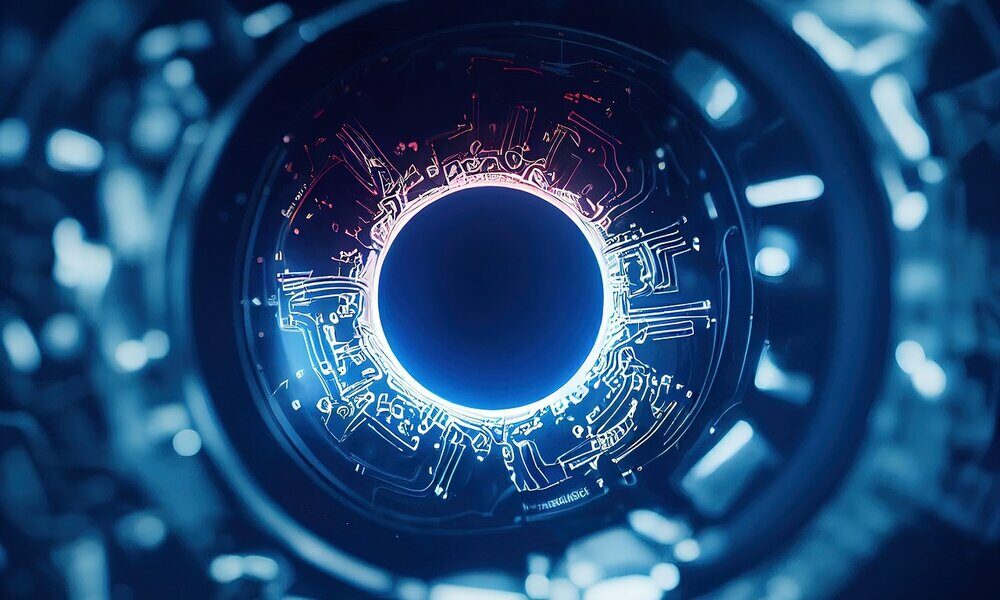 OpenAI has announced the launch of a tool to distinguish between human-generated texts and the created by Artificial Intelligence systems, such as ChatGPT and GPT-3. Is named OpenAI AI Text Classifier, and for now it is not excessively accurate, since it has a success rate of 26%. However, according to OpenAI, if used in combination with other systems, it can be useful in preventing users of text-generating AI systems from abusing them.

Until now, mostly because students were starting to cast texts created with ChatGPT as part of their homework. They have also used them in other areas, which has led various institutions to prohibit the use of ChatGPT on their networks and equipment. This is the case of several schools in the United States. They have done so out of fears of the impact they may have on student learning.

Among the entities that have banned ChatGPT is Stack Overflow, whose managers have decided that their users cannot share content generated with ChatGPT, alleging that Artificial Intelligence makes it very easy for users to flood their discussion forums with more than dubious answers to the questions posed.

In other words, their mission will be to help discover those who use texts generated by Artificial Intelligence, ensuring that they have written them, or any other human. Of course, as the company points out, it is best to use it as a complement to other systems for identifying the text source, instead of using it as a primary tool to identify if it is written by humans.

In addition, it is a classification tool considered initial by OpenAI, although the company has decided to launch it to obtain information from its users about its utility. In OpenAI they also assure that they hope to share improved systems in the future, although without specifying.

Text Classifier does not work, yes, with any type of text. You need me to have a minimum of 1,000 characters, or between 150 and 200 words. In addition, it does not detect plagiarism, and according to the company, it is more likely to fail to detect texts written by an AI if the text is written by children or in a language other than English. The latter is mainly due to the fact that the data with which the tool has been trained is fundamentally in English.